Top 10 Ecommerce Deals/Acquisitions of All Time 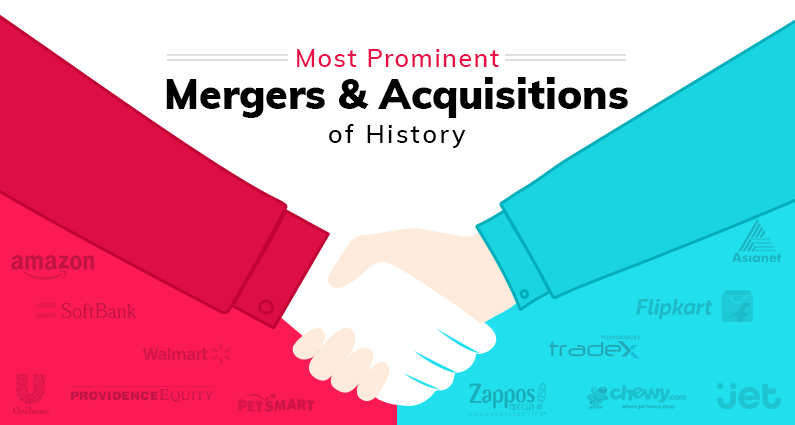 Ecommerce has grown by heaps and bounds over the last half decade. With faster internet connections and advancements in technology, consumers have gotten accustomed to shopping online. The fact of the matter is that in the coming few years, ecommerce will become the mainstream way by which people buy stuff.

This has resulted in ecommerce marketplaces mushrooming across several niche sectors, making it one of the most lucrative business models. Currently, the ecommerce market is an enormous $2 trillion industry and in the next couple of years, it is expected to cross $4.4 trillion, more than twice of what it is now. As more and more ecommerce players enter this sector, it is creating a competitive zone, where, either bigger players acquire small emerging players, or they diversify into niche sectors. But the bottom line is that the way this sector is growing, there is a huge chunk of the market that is still available for new players to capture in the emerging ecommerce markets.

Let us take a closer look at some of the biggest deals/acquisitions in the ecommerce sector that highlight how niche ecommerce players managed to garner a cracker of a deal.

Petsmart & Chewy (2017) –Petsmart is an American retail giant that operates in animal products and services including grooming and petcare. It recently made the biggest deal in the history of ecommerce, snatching Chewy for a whopping $3.35 billion. Chewy has been one of the fastest growing ecommerce websites dealing in pet food and other pet related products. This deal highlights how a niche and not so mainstream sector like pet products can even become so lucrative and growth oriented.

Walmart & Jet (2016) – Till the Petsmart-chewy deal came to the forefront, it was Walmart acquiring jet.com that was the talk of the town. The $3.3 billion deal in 2016, shook everyone and highlighted the urgency being shown by Walmart to take on the ecommerce giant, Amazon. With brick and mortar shops eyeing ecommerce startups; and cost of launching an ecommerce marketplace getting low, the future for online marketplace looks good.

Softbank and Flipkart (2017) – The world largest technology investment firm invested a massive $2.5 billion in India’s biggest ecommerce marketplace in 2017. This deal generated a lot of buzz as Flipkart was competing aggressively against Amazon who had already pumped into billions of dollars into its Indian firm. The region has one of the highest CAGR and is expected to see huge growth in the ecommerce sector.

Ariba & Tradex (1999) – Even before when ecommerce was just starting to come to the forefront, A deal involving Ariba and Tradex highlighted the future potential of ecommerce. Ariba was an ecommerce services firm and Tradex offered B2B trading platform. It was a nice match for Ariba as it offered it crucial insight for its enterprise services. Towering at $1.86 billion, it was one of the biggest deal at that time.

Littauer & Asianet (2000) –AsiaNet was acquired by Littauer Technologies in 2000 for a sum of $1.2 billion. Asianet was a holding company that dealt with companies engaged in ecommerce. The main objective behind this deal was to create the Asia’s largest e-business solution. During this time, the e-business sector in the region was seeing major upheaval and disruption.

Amazon & Zappos (2009) – When Amazon bought Zappos in 2009 for $1.13 billion, many of the technology evangelists were taken by surprise at the move by the ecommerce giant. Many thought what the popular online shoes retailer would bring to the table that Amazon has not already achieved. The biggest reason why ecommerce giant put down so much money was that Zappos has a legendary customer service and one-of-a-kind culture, which made it highly lucrative for an ecommerce marketplace like Amazon.

Suggested Read: Why Yo-Kart is the best option to launch an ecommerce marketplace

Naspers & Avito (2015) – The South African based conglomerate, Naspers bought a majority stake in Russia based Avito for $1.08 billion. Avito was the world’s third largest classified website and the deal paid off within a year, as the ecommerce sales of Avito rose 55%. Naspers already had strategic investments in Slando and OLX with helped in fueling the rise of Avito in Russia.

Alibaba & Lazada (2016) –Alibaba is known as the Amazon of the East, with its mammoth market share in Asia. Although the ecommerce giant has a huge grip in the Chinese market, it launched its expansion in other countries with $1 billion investment in Singapore based Lazada. This investment also triggered similar investments in a couple of Indian ecommerce marketplaces, highlighting the growth potential in South Asian countries. Additionally, this region is perfect for expanding your ecommerce business.

Nextag & Providence (2007) – A private equity firm, Providence bought a majority stake in Nextag, an online shopping website for $830 million. Nextag is a price comparison website that enabled consumers to compare prices of products from different retailers. 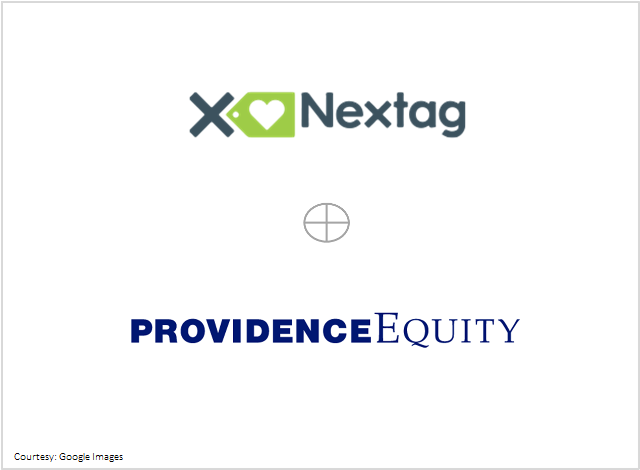 Although there are numerous other deals that have been happening over the past couple of years, the above mentioned acquisitions were iconic. These deals highlighted how ecommerce sector, irrespective of geographical location, is growing rapidly and exponentially. The fact of the matter is that in the next couple of years, ecommerce sector is anticipated to grow by at least 15% globally and the most recent funding of $2.5 billion in India based Flipkart is perfect example of the growth potential of ecommerce marketplace.

Still Not Sure About How And Where To Begin

Talk To An Expert