Emerging Ecommerce Markets to Focus on in 2018 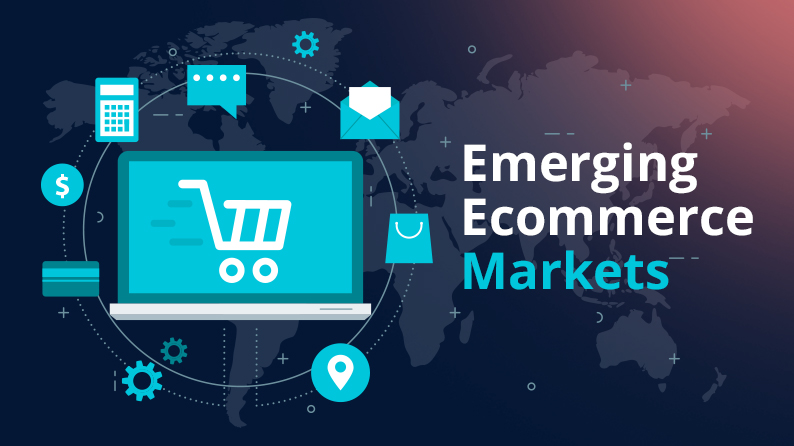 The retail market has changed colors repeatedly in the last several years. Consumer behavior and customer expectations have been extremely dynamic and variable. It is because of variable customer needs and expectations that this sector has lived very fruitfully as constant upgrading and adaptation was required.

Different countries have reacted differently to e-commerce. Those who have managed to meet with the pace of this sector have reaped great fruits. Let’s take a look at them here.

The fourth biggest country having very large ecommerce market is Japan with ecommerce retail sales crossing $100 billion. In the next two years, the overall ecommerce sales are expected to see a growth of 34%. Japan has invested heavily in faster networks and mobile computing is at its highest in the country. This makes mobile commerce highly popular in the region with annuals sales at $82 billion.

Although the above mentioned countries are the biggest ecommerce markets, there are new markets opening up which offer huge opportunities to aspiring entrepreneurs. Let us take a closer look at these markets.

This country is being touted as one of the next big destination for ecommerce marketplace. The largest country in the world has more than 85 million internet users. Despite seeing severe economic crisis in the recent years, the country has seen huge growth as far as ecommerce is concerned. In 2016, the market saw 20% growth with online sales crossing $26 billion.

Other than Asia Pacific, Latin America is poised to have huge growth. Being the largest economy in Latin America and fifth largest in the world, Brazil is slated to become one of the highest grossing ecommerce markets. It has more than 140 million internet users out of the population of 207 million. This means that every second person is online in the country. In 2016, the ecommerce market grew 8% with more than 48 million online customers spending almost $14billion. Almost 42% of the overall ecommerce sales across Latin America come from Brazil.

The above facts clearly show that if anyone is looking to launch an ecommerce marketplace in Latin America then Brazil is the best place for them.

The country stands at the confluence of Asia and Europe. With a population of 77 million people, there are almost 33 million ecommerce users in the country. In 2016, ecommerce market saw a compounded growth of almost 10%. In the next couple of years, the number of ecommerce users is expected to rise to 44.3 million. Currently the total ecommerce sales in the country stands at $7 billion and is expected to rise to $10 billion in the next few years. This is one region that is showcasing an exponential rise in market penetration and high conversions.

Touted as one of the biggest growth country when it comes to internet user, India is seeing a golden period when it comes to ecommerce. Currently the compound annual growth rate of ecommerce in India stands at 23%. Many big internet companies are eyeing the country because of the huge growth prospects. The e-retail sales is expected to grow more than 12.1% in the region over the next couple of years, among it a lucrative market to invest.

The Dutch shoppers are getting accustomed to ecommerce in a big way. In 2016, they spent around $23 million in online shopping seeing an overall growth of 23%. With an impressive internet penetration of almost 90%, this region has a huge growth potential in the years to come. These numbers clearly show that Netherlands is one of the best choices to expand your ecommerce business in a new market.

A recent study stated that every three out of five Singaporeans are online shoppers. Additionally the study also stated that in the next five years the ecommerce sector is expected to grow at 11% year after year. The best part is that this tech savvy country has 82% of internet penetration, making it a lucrative market for ecommerce marketplaces.

Looking to launch a marketplace in emerging ecommerce markets?

How to Connect with Vendors for Your Online Multi vendor Marketplace?