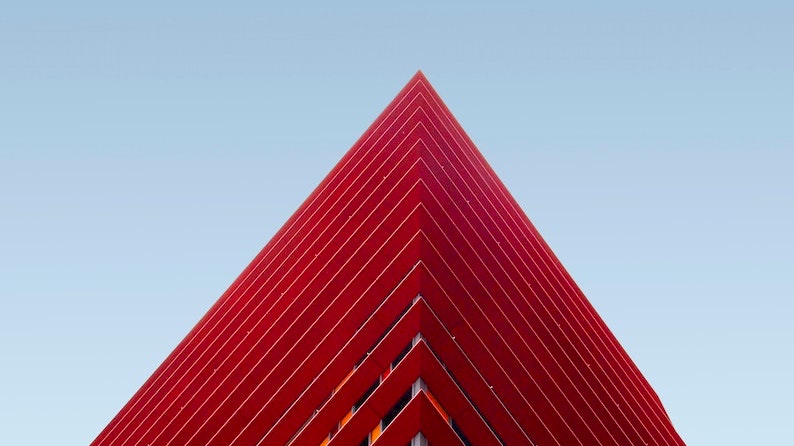 An online marketplace is a virtual environment or a digital platform (including a website and/or mobile apps) administered by an operator that hosts, operates the entire marketplace, and facilitates the sale of products/services between customers and independent third-party sellers. An eCommerce marketplace environment includes three potential agents:

According to Digital Commerce 360, the top 100 online marketplaces account for over 95% of global marketplace sales. And nearly half of these marketplaces were launched in the last 7 years. Also, since January 2020, there have been 81 new additions to the list of billion-dollar marketplaces taking the total count to 370+, according to Dealroom.co report.

While this trend is likely to continue in the future as well, newer entrants in this competitive space need to define a purpose-driven strategy to position their business in the market. MVP software development offers startups the opportunity to develop their eCommerce marketplace with a focus on providing validated value to all stakeholders. The approach also lends sustainability to the business idea with the option to pivot, if necessary. Let’s read more about MVP in eCommerce marketplaces.

Unlike in Sports, where MVP stands for Most Valuable Player, MVP in digital commerce refers to a Minimum Viable Product making an impact in online retail. A minimal bare-bones solution to an existing consumer problem, MVP is built with the sole intention of testing/validating your business idea. It enables a team to collect the maximum amount of validated learnings with minimal effort as shared by the popular American entrepreneur Eric Ries in his book “The Lean Startup”.

Businesses with an MVP mindset continually visit their core value proposition via a build-measure-learn feedback loop to provide value to potential customers.

Although there is a misconception that MVP is a smaller, cheaper, or limited version of a product, Steve Blank – another silicon-valley entrepreneur and the father of The Lean Startup movement, emphasizes that MVP is about smart learning and not necessarily a cheaper version of the final product. He uses real-life examples to illustrate how defining the goal can save tons of time, money, and grief.

The real issue is that several businesses of today have the right idea but the wrong MVP to test it. Business owners of today think of launching a completely polished product like Amazon or Uber on day one. While the idea may be right, it is important to understand that these tech giants received a lot of customer feedback and spent millions of dollars for years to reach where they are today.

Successful Startup Stories That Started With An MVP

In both these instances, the MVP proved to be a huge success because they had a few things going their way.

While these are examples of successful MVPs, there are other product launches that failed miserably.

For instance, Microsoft Vista, launched in 2007, had compatibility and performance issues that didn’t augur well for the product, and it flopped despite being allotted a $500 million marketing budget. Another example, Coca-Cola C2 – a beverage with half the carbs and calories (to the original coca-cola drink) was introduced by the company in the early 2000s. The hybrid drink was released in response to the low-carbohydrate trend yet failed because men wanted full flavor drinks with zero carbs/calories. C2 was ultimately deemed a failure by Coca-Cola management.

Here, profound market research and delay in the launch could’ve resulted in a favorable outcome for the products. For instance, in the case of Vista – rather than banking on the huge brand name and predicting the outcome (to be a big success) – it would’ve been wiser for the management team to research further and delay the MVP launch until the product is ready.

According to a popular study by Harvard Business Review, nearly 70% of all major transformation initiatives fail. And, amid many possible reasons, the most common one was the lack of extensive research or market-fit product, i.e. without a viable product.

Most startups fail badly because they tend to deliver the product until it is 100% complete. While thinking big is good, it makes more sense to deliver in small functionally viable increments. The below illustration by Henrik Kniberg is a perfect example of how an MVP should be developed.

Amid the rapid convergence of enabling technologies, changing consumer behavior and business ecosystems- reinterpreting the business process to create/capture value is a priority. And, leaders of today are looking for a lightweight and readily adaptable minimum viable product to transform potential new business models. Creating and testing a minimum viable product is a sustainable solution for businesses because it:

1. Determines The Viability Of The Product Value Proposition

The build-measure-learn feedback loop is a critical component of lean startup methodology to develop an MVP. It includes the process of measurement and learning through actionable metrics. Testing an MVP software for online marketplace provides business owners with a valuable opportunity to gather consumer validation of the product i.e. user acceptance testing. It also checks the useability of its technical elements and addresses whether the marketplace features are intuitive or not. Lastly, the continuous loop verifies user integration to deliver a sound minimum viable product.

According to Eric Ries

“When this process of measuring and learning is done correctly, it will be clear that a company is either moving the drivers of the business model or not. If not, it is a sign that it is time to pivot or make a structural course correction to test a new fundamental hypothesis about the product, strategy, and engine of growth.”

Validate your market assumptions with an MVP

Since the product is about minimal features, the time and resource allocation for an MVP development reduces drastically, making it a smart value-for-money investment for entrepreneurs and business owners. Consider Airbnb, for instance. The first version of the website was simply a WordPress blog with a list of apartments available for rent. Anyone interested would just leave a comment saying, “I wish to stay there”. The idea was to check whether people would be interested, and it worked well. Today, Airbnb has an intuitively designed marketplace that started with a simple yet thoroughly validated idea.

The world has changed a lot since the days Airbnb was launched. Today, we have ready-to-launch multi-vendor platforms that deliver reliable online marketplaces and mobile apps in minimal launch time to validate your business idea.

Timing plays a crucial role in every business development. Engaging new users and stakeholders during the initial development phase enables these early adopters to spread the word about the product. If you have a truly disruptive business idea, it makes more sense to launch an MVP, especially for an eCommerce marketplace. If the product is appealing to the audience, it will acquire a potential user base and find early adopters (vendors and buyers for a marketplace).

An MVP is a skeletal framework of your business idea that helps investors:

If your MVP is in the market and generating sales or user interest, then the investors would know that you’ve executed a base product that can be mended and tested upon. This is a great demonstration – a focused approach to onboard potential investors.

Starting An MVP For An Online Marketplace (Key Things To Consider)

Embedding lean startup innovation to develop a sustainable marketplace MVP requires a careful approach and understanding of several principles and factors. Here, we will discuss those factors that can help:

You have a great & unique idea, no doubt, but is your audience willing to spend or even willing to try your solution first? Investing in new technologies to build a presence in emerging or growing opportunity spaces should not be limited by core business mindsets or fragmented solutions with no measurable value. A pragmatic approach towards identifying your target audience and whether your solution solves any of their existing problems is vital for a business.

A phone is rendered useless if you are the only individual using it. Similarly, a marketplace without vendors and buyers is impossible to exist and sustain. Here, the chicken-egg problem implies which side should you onboard or prioritize first – the supply side (vendors) or the demand side (buyers). While marketplaces like Airbnb, Uber, Lyft, Caviar, and others have focused on the supply side first businesses like Rover, Zillow prioritized the demand side. Below, I have shared a cheat sheet based upon the interviews taken by Lenny Rachitsky (with the popular marketplace leaders) on cracking the chicken-egg problem.

Identifying which side your business should prioritize onboarding (supply or demand side) makes a significant difference in the approach towards building a robust and reliable MVP marketplace. Initial or advanced planning goes a long way in driving your business growth while following the lean startup methodology (build-measure-learn).

While MVP, by definition, stands for a minimum viable product, this doesn’t mean including the bare minimum set of features. The idea is to create a reliable base product covering 3 important aspects – reliability, usability, and user experience. It is vital to fulfill these aspects and not focus on adding every functionality or feature available in the market, which is reserved for a final product.

Jussi Pasanen, a Melbourne-based user experience designer, showcased how an MVP should be built instead of the traditional product development approach. Click here to learn how he came up with this diagram and who else contributed.

Several entrepreneurs have been guilty of launching an MVP product that is too simple to appeal to users in the past. They misinterpret the MVP concept and conclude that their idea wasn’t good enough where, in fact, their MVP was just not ready yet for launch. An important consideration for budding entrepreneurs is to create an MVP that delights the early adopters – also termed as Minimum Loveable Product (MLP).

“The version of a new product that brings back the maximum amount of love from your early tribe members with the least effort.”

Create A Loveable MVP With Yo!Kart – A Standalone Marketplace Software

To build a marketplace MVP, you need a reliable eCommerce solution that delivers a ready-to-launch marketplace within budget and has the potential to scale from an MVP to MLP and then MMP. Yo!Kart is the standalone multi-vendor marketplace software that is inherently designed using lean startup methodology to help businesses launch their MVP in stipulated time with minimal hassle. The product is a trusted choice among enterprises worldwide with its intuitive UI design, essential eCommerce features, and integrations in-built to develop a powerful yet viable product.

Do not confuse the goal of your MVP with the actual process of getting to the goal!

Build a sustainable online marketplace with a powerful MVP