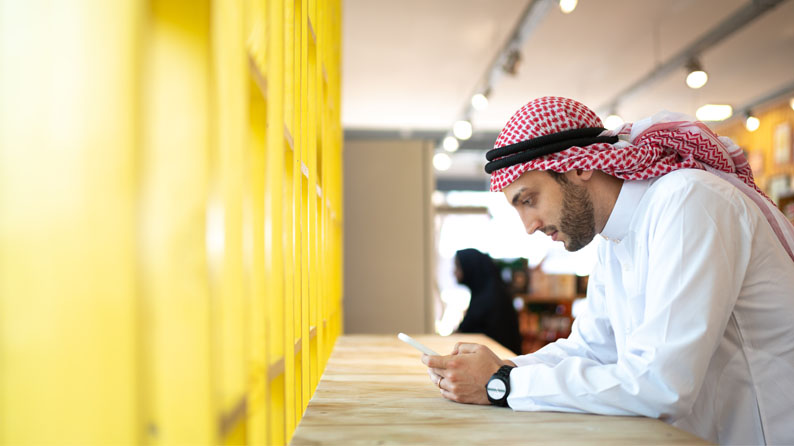 UAE has always been ahead of other countries when it comes to digital Adoption.  In UAE, the penetration of digital is on its all-time high. The eCommerce phase in UAE started when in March 2017, Amazon announced the acquisition of Souq, a leading eCommerce company for $580 million. Later in the same year, Mohamed Alabbar, chairman of Emaar properties, launched noon, an eCommerce venture backed with $1 billion in funding.

One of the major drivers for growth in the middle east area especially around the Gulf Region would be high spending potential owing to high per capita income, rising internet penetration level, and growing tech-savvy youth population. Due to the presence of only a few players, this market has become an attractive target for investment for the eCommerce sector. Other reason why UAE is a profitable market is:

Even during the pandemic, UAE eCommerce has been more successful than 30 other economies even after the challenges associated with the COVID-19.

According to a statement by Emirates, a venture for eCommerce delivery, the eCommerce platform saw a 20 % month-on-month jump in shipments delivered from march up till now. Wherein customers shop for a range of products including medicines, supplements, fashion, sporting goods, toys and games.

According to a survey conducted by thenational.ae, 68 % of respondents in the UAE have reduced shopping at physical stores since the coronavirus outbreak began and 49 percent are shopping online more.

Amazon acquired Dubai-based Souq.com in 2017, which had over 50 million customers and operations in all GCC states, positioning itself as a major eCommerce player in the region. With the Amazon Prime membership in place, the company is looking to attract more customers in the future. In addition, in late 2017, Amazon announced the launch of its AWS Data Center in Bahrain as part of its market expansion plan for the region.

Noon.com was launched in October 2017 as a regional rival to Amazon. The US$1 billion eCommerce platform based out of Saudi Arabia was founded by Mohamed Alabbar, Chairman of Emaar. Similar to Amazon, a tech fund led by Mohamed Alabbar acquired UAE-based JadoPado.com in May 2017 prior to the launch of Noon.com.

Other notable eCommerce players include Namshi.com, eBay, Ali Express, Nahel.com, Ubuy.com, Aido.com, Awok.com, Mumzworld.com, and the number is only expected to grow. Moreover, traditional retail chains are on their way to transitioning to the eCommerce model to serve both online and traditional customers.

Why is Consumer’s Interest Shifting From Traditional to eCommerce?

In the current scenario, the shift is happening due to Coronavirus and the level of its contagiousness which is making the consumers not visit crowded places. But even before the pandemic hit the world, middle east consumers were widely popular as they have seen tremendous growth in internet connectivity in recent years. Let us understand the reasons why there is a huge potential in the eCommerce sector in UAE:

Growth of eCommerce in Middle-East

Though eCommerce was introduced in different phases according to the technological advancement in different countries. UAE has managed to position itself as one of the fastest adopters of eCommerce. One of the biggest reasons for the growth is internet usage and smartphone penetration. Here are some of the stats from Statista which will prove the exponential growth of eCommerce in the middle east.

According to a research by visa, the mobile penetration in UAE is at its record high i.e. 210%. To provide an omnichannel experience to the customers, businesses have started launching their eCommerce business on mobile. There are a number of reasons why mobile commerce has been picking up trends in this country, some of which are secure payments, age of target audience, user experience, and increased security.

Understanding the needs of the consumers and current scenarios, UAE Government is always on the forefront of initiatives that support startups and SMBs who are planning to launch eCommerce business.

Popular brands adopting Localization – Language and localization is a very important aspect when it comes to a brand setting up their online marketplace especially in the Middle East. The popular language used in this country is Arabic, businesses avoid translating the website due to the RTL writing system. Amazon recently launched its website in Arabic to capture the audience of the Middle East. Make sure that the ready-made solution that you choose is multi-lingual and supports RTL writing system.

Social Media and Demographics of the Country – The population is highly influenced by Social Media trends and activities. Channels like Facebook, Twitter and Instagram have a strong role in the buying behaviour of the consumers. Ecommerce players should understand that the demographic of the Middle East is Young tech-savvy consumers and should leverage the social media accordingly.

Security and Transparency – UAE government and economic institutions have been pressing on this issue of security for online transactions to make eCommerce secure for end consumers. Banks and 3rd party payment gateways are together strategizing to make the payment secure by adding an additional layer of security before the transaction is processed. Even retailers are now partnering with 3rd party payment gateways to adapt the mandatory protocols.

Logistics and product procurement – An advantage for entrepreneurs who are planning to launch multivendor eCommerce website in UAE, the logistics and storage cost in UAE is less whereas the infrastructure is of superior quality. Also, UAE is a major trans-shipment destination i.e the port of Jebel Ali and Dubai International Airport which is ranked as the 6th busiest cargo airport in the world thus making product procurement and import easy.

The eCommerce sector in UAE is in its primitive stage and has picked up pace due to the outbreak of coronavirus. Even after the pandemic is over, people will resort to eCommerce marketplace websites for their everyday needs. To launch a marketplace that is accepted widely by users in a specific region you have to choose the perfect marketplace solution. Yo!Kart is a marketplace platform that has multivendor eCommerce features to support the localization of the Middle East region. Some Features that make Yo!Kart a viable option for UAE clients is: multilingual functionality, RTL functionalities, multi-currency feature, elastic search, inventory management, etc.

Our vast portfolio has a list of clients who have started their marketplace in UAE. Check their website here.

The Pandemic has increased the rate of eCommerce adoption in UAE

Now Is The Time To Start A Ecommerce Marketplace In UAE

How to Connect with Vendors for Your Online Multi vendor Marketplace?